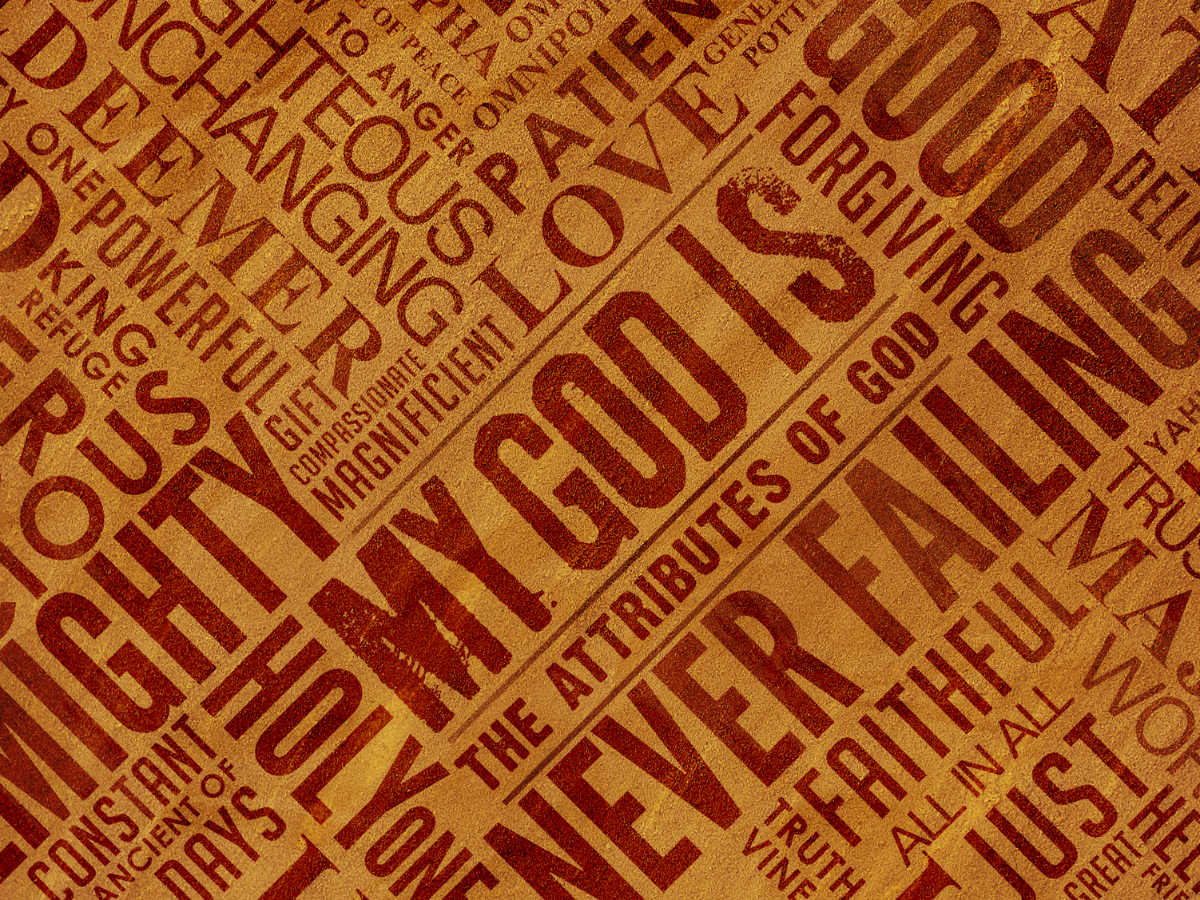 The absence of God is good news, because it shows us, he wants an authentic, intimate relationship that grows and develops with us.  It has been said in different ways but if we could call him to us, force him to meet us when and where we want, simply because we chose the moment, two things would be obvious.  First of all, he wouldn't be God, and second, there would be no relationship.  We can only do that with an image, with our imagination, and with the idols we put in front of us instead of God.  …. but certainly not with true God.  A relationship can only begin and develop in mutual freedom.  The living God knows the truth of this.

When Dan first came to walk with Jesus Christ, he called it being saved.  It happened at a church revival where this group of people came from another church to give their testimonies about how Jesus had changed their lives.  They were there to encourage other Christians and with the unmistakable presence of the Holy Spirit that happened.  These evangelizing Christians helped Dan see that Jesus wanted to change his life and then it happened.  Dan talked and prayed with some of the Christian revival people and they helped him understand who Jesus is and how he has always been with Dan.  That very night the Holy Spirit showed Dan that he wasn't there because he'd just decided to attend the revival.  He was there because God had been working on him for a while and getting him ready for that night.

For Dan it was like having his eyes opened to something that was there all along and he just didn't see it!  He had attended the revival because Jesus called him to it and wanted him to be there.  Jesus caused it all to happen so Dan's eyes would be opened and his heart softened that night.  Dan needed to let the world go in order to see there was something more.  Let go so that God could set him free to find the life that Jesus had for him; the real life that awaited him, life in Christ.

Dan went home that night filled with the Holy Spirit after realizing he didn't want to go on in life without Jesus.  He wanted to tell the world about what he had learned.  He knew he didn't understand it all yet but he thought he understood the promise and what had already taken place.  God himself had sent his only Son to die hanging on a cross.  Jesus had never sinned but God sent him to die in our place because the penalty for sin is death.  By sacrificing his Son in our place God saved us so we don't have to die for our sin.   Dan knew about the sinful things he had done, so he knew why this was called the Good News.  Not so much about how it applies to everyone who ever has or ever will live, but he looked forward to learning more about that.  Somehow the terrible, painful death of Jesus on the cross touched Dan and he was profoundly thankful for being forgiven.

Dan came home from that revival a different person.  He would learn later it was called, being on fire for Christ.  In a certain way he couldn't stop thinking about all Jesus had done for him.  Wondering about it.  The more he thought the more he wanted to know.

He was talking to everyone about it.  He read the four gospels in just a few evenings.  The guys at work thought Dan had lost it.  He didn't care what they thought.  He had just learned how much God loves him.

"Imagine that…" he would say.

In the early months of walking with Christ, the spiritual presence was real.  Dan saw the movement of the Holy Spirit in his life.  Dan knew it was God the Holy Spirit helping him in life when things went well; and just something to pray about and overcome when things went poorly.  Prayer was a daily reminder of who he belonged to.  He went to the Lord all the time with praises and concerns.  Dan let his light shine and continued to talk with people about Jesus.  He even lost a job over it.  For talking to people about Jesus at work.  Yeah, he knows.  Nothing to fight over though, or even a big deal.  Wasn't that great of a job anyway.  The Spirit helped him and he got a better position soon after that anyway.

The months would go by, and the years.  Life turns the pages slowly, or flips through them.  Depends on you, or something else.  The world was always there giving Dan more to do or at least to feel responsible for.  You know how life does if you let it.  Tomorrow Dan will jump out of bed with more or less enough time to shower, shave, all that.  He'll grab a cup of coffee on the way to the car, careful not to spill it so he can clock into the day in a clean shirt.  Most days he won't give God a second thought, too much going on.  Or if he does, he might wonder if he should get back to praying.  Where is God when you need him the most?

Every once in a while, though, at night after the family are all asleep, Dan will find himself sitting in the living room.  Quietly alone he'll look around at the pictures on the walls and the handmade wooden cross on the end table.  Memories in pieces of art, Jesus and the cross, and books on a shelf.

He won't be there because he decided to come downstairs in the middle of the night.  He'll be there because God is working on him again, or still.  Dan will be wondering where that feeling went.  What happened to that thrill and the curiosity he once knew when God's love touched him?  Where is that feeling now?  He'll remember when he was the encourager; when he was on fire.  He may not know it but God's hand is there on his shoulder still.

On one of those nights Dan's eyes will open again and he will be blessed in a mighty way.  The Holy Spirit will show Dan that the relationship with God still is and has always been with him.  The joy of knowing that God loves you and will never leave you or forsake you is the promise he has made.

Dan's eyes will open and he will know it is only when we forget the great privilege it is to be in God's presence, that we begin to feel what seems to be God's absence.